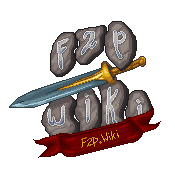 Charlie the Tramp will now accept items sourced from anywhere.

Read more about it in the official update post

Game Room tables have been added to pubs in game, three of them are located in Free to Play. You can find these at
- The Blue Moon Inn (Varrock)
- The Rising Sun (Falador)
- South-West of the Grand Exchange (Varrock)

The Smithing XP gained from Barronite has been increased from 10 to 30.

The maximum quantities of fish you can select for processing in Camdozaal have been corrected.

A small number of Ice Mountain Dungeon changes/fixes have been made as well as equipment rebalances. You can find detailed information on the Fishing Trawler Improvements and Equipment Rebalance: Part One news post.

A new F2P quest "Below Ice Mountain" has been released, allowing you to access the new Ice Mountain Dungeon with 3 new skilling activites, Mining/Smithing, Fishing/Cooking/Prayer, and Combat/Runecrafting. The update also introduces the Barronite mace, a weapon with a 10% damage bonus to golems in the dungeon.

You can find more information, including various changes to experience rates on the offical update post

Due to the Decorative boots (gold) providing +1 strength bonus, these boots allow new for a new max hit in certain circumstances.

Skull Sceptre pieces can be converted to multiple Bone Fragments using a chisel. These can then be used to charge your imbued Sceptre. Bone Fragments are tradable with a G.E limit of 100 per four hours.

Last Man Standing has been updated, including rewards

Hop limit has been removed until further notice.

- Additional options for Clan Wars
- Killing the player or NPC that teleblocks you now removes the teleblock effect.

Beginner clues have been released.

Ring of forging is now F2P

PvP boxing mechanic change:
DMM anti-boxing mechanics moved to live game (wilderness and pvp worlds); players can now attack other players who have been splashing for a certain amount of time.

- Collection Log
- Some F2P worlds taken out
- PvP safe zone changes:
When entering a safe zone in PvP Worlds while in combat with another player, you and your opponent will now be able to continue fighting for an extra 6 seconds while in the safe zone.

Imbue Skull Sceptre: sceptre will not break at 0 charges, sceptre pieces will recharge it
- Each skull sceptre piece is worth 3 charges: notably speeds up RC when combined with falador teleport for banking; not EHP but good alternative for those who AFK combats
- Must keep 2-factor Authentication on; imbued skull sceptre is lost on death

Energy potions released to F2P, made through Apothecary with 2 limpwurt roots and 1 chocolate dust

Minor changes to the early EHP rates for reg attack and str and for ironman crafting and firemaking.

All EHP rates now have video methods attached to them. You can view them on the EHP page

F2P Wiki EHP rates have been majorly updated. You can find more details in the Reddit post , or by going to the EHP page

Sadly, Unkie has parted ways from F2P Wiki. I (Say F2p Ult) will be managing everything from this point on.

- Non-combats hiscores fixed to be additive instead of subtractive from overall xp/lvl/ehp, which is actually buggy for some accounts.
- New feature to reset filters for ranks, tracking, and records
- New hiscores on players' lowest level
- New custom filter on 'active' players (players with any XP gained in the past month)

Release of Overall (no combats) hiscores

Release of Time to Max hiscores

Minor fixes and refactoring: Do not display null combat levels

Adding a player to hiscores only requires a name, and automatically finds the account type.
Searching should no longer redirect to URLs with IDs instead of player name.
Refactoring for code maintainability and readability, preparing for potential open sourcing.
Improved scroll background graphic for compare page.

Players tied for 200m XP will now break ties using their official hiscores rank.
Player personal hiscores page layouts have been refactored and updated for those with custom images/text on their page.
Calculators layout improved as dropdown menu.

Links to official OSRS hiscores and Crystalmathlabs now on each player's personal hiscores.

Feature complete: Ranks on personal hiscore page (for each account type, from official OSRS hiscores)
No alt F2P EHP for regs is now in place.

In order to optimize site performance, we have limited our hiscores to players with 75+ EHP.
Feature complete: Add Player to database
Feature complete: Use player name as url, e.g. F2P.wiki/players/W385_Jr
Regs with ~600+ totals found

Feature complete: limit # of players shown per page: 25, 50, 100, 250, or 500
Search player is now case-insensitive.
Refactoring: site and database query optimized for much faster response times
Security: debug mode off and stack trace hidden (thanks to xor eax eax for the notice)

EHP updated for IM/HC/UIM due to ogresses and mining guild. View the full changes here.
The top 4000 F2P HC, UIM, and IM by total level have been added to the database.
Feature complete: Find player by name